A Few Words For Chris

My name is Maud.
I’m Marc’s girlfriend. Chris was Marc’s best friend. The friendship these two had was rare and beautiful.

Through their friendship, I got the chance to meet Chris and the privilege of becoming his friend too. I remember being so nervous right before I met him for the first time cause Marc had told me so much about him. That would probably make him smile, as humble as he was.

I felt like Chris and I were old pals from the moment we met. It was just easy. After a couple of beers and a couple of bad jokes, I was totally comfortable being myself around him. He was one of those people that I wasn’t shy to tell I loved him, I actually yelled it at him drunkenly over the phone many times and I’m happy I did.

I keep thinking of how much he liked speaking fake French and how good he was at it. Every now and then I would say something in French that Marc thought was impossible to pronounce and we would think about how Chris would say it and laugh.

I am so incredibly grateful for all the good times I got to spend with him. I am also grateful for his music that I’ve been listening to for the past 3 days straight. I only wish he knew how amazing of a musician he was.

We called you last Friday, just to say hi and say we missed you. I’m really glad we did. 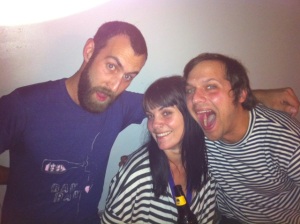 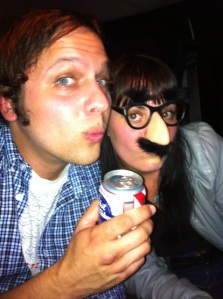